"An amazing array of companies emerged at that time. We were dealing with manufacturers that don’t exist in the industry anymore today."

Frank Kammer reminisces about the exciting early years of the Internet, admits going against the rules to build the Internet, and explains the parallel success stories of DE-CIX and Axians.

What was life like back in 1995, when DE-CIX was founded?

The mid-nineties was a cool time. Life was very easy, both professionally and privately. The Internet was just taking off, and for me, life was getting started.

As a company, we started out in the cable industry, and did good work in the networking business. We started out building complete local area networks. As a result, we were not only doing business involving the cables themselves, but also active components. The market was gigantic – we had more work than we could do at that time – and there was a real pioneering spirit. New products were constantly coming onto the market, ever faster, ever better. At that time, we were laying the very thick “yellow cable”. Then came the IBM Type 1 cables, then the thin 100-megahertz Ethernet cable. And in 1996, the first ATM (asynchronous transfer mode) appeared. So, this was a real pioneering time. An amazing array of companies emerged at that time. We were dealing with manufacturers that don’t exist in the industry anymore today – and then Cisco made its way across the pond. When Cisco arrived, we were one of the first partners in Germany, and everyone wanted to do business with us. They were really cool years.

What company were you working for back then, and what was business like?

Actually, I’ve been with the same company for over 28 years. Since 2005 we’ve been trading under the name of Axians, as part of the Vinci Group. Before that, we were Nokia Kabel, and going back even earlier, we were Philips Kommunikations Industrie Nachrichten Kabel Anlagen (PKI). Nowadays, Axians is represented in 23 countries, with almost 11,000 employees.

But going back to the early days: Overall, business was considerably slower back then, but none the worse for it. Communication with the customers was already shaped by the mobile phone. As Nokia, we got the latest mobile phone every three months. Things just kept getting smaller, cooler, and better. Roughly 90 percent of the time with customers was spent checking out the latest cell phone, and business was taken care of in the last ten percent. We were like little children, showing off our latest toys.

But it wasn’t only the cell phones – products like switches were also getting faster and faster. At that time, there were no networks being planned over a five-year period, because the components were being replaced with faster and better ones every twelve to 18 months.

"For my generation, the biggest thing really is that we feel we have changed the world by building the Internet."

What do you see as the Internet’s greatest achievements?

I would say that question depends on which generation we are talking about. For my generation, the biggest thing really is that we feel we have changed the world by building the Internet. We created a lot of new jobs, we simplified and accelerated processes, and we managed to make knowledge available to everyone. In the end, we managed to create a fair and equal basis for all people to communicate and exchange knowledge. 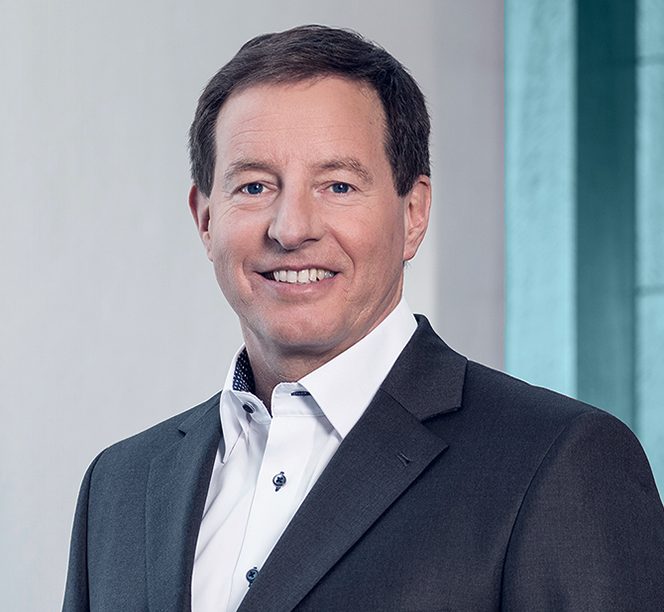 How have you personally helped in shaping the Internet over the past 25 years?

I started at Philips in 1992, and there was a department that dealt with the Internet. The department was officially responsible for installing passive networks, but under the cover of this, we also started buying and installing active components. Today’s Axians Networks & Solutions GmbH actually came into being out of this unsanctioned 15-man department.

DE-CIX is a good example. DE-CIX is a typical customer who always uses the newest we have to offer. And ultimately, with our know-how, we ensure that it really works. I think we have really contributed to the development of trust in the technology over the past 25 years; because we as a company, with our consultants and advisors, have helped customers to develop that trust. We have delivered on their trust by never disappointing them in the quality and the service we provide.

"Arnold Nipper texted us from the plane to say, “OK, let’s do it”. Very unconventional, but a cool story!"

When did you first come into contact with DE-CIX?

Initially, it was more like an accidental acquaintanceship between the two companies. There was a meeting, but it took some time to get a project started, because DE-CIX’s ideas were very, very advanced, and the technology was not yet available. A year later, we had the technology that DE-CIX wanted, and then we got together. The first order came via text message – I think Arnold Nipper texted us from the plane to say, “OK, let’s do it”. Very unconventional, but a cool story!

This is a cool success story because DE-CIX is always a customer who demands faster, further, better. Our technical colleagues have the task of keeping an eye out for new emerging products, and thinking about how we can use these to further optimize the DE-CIX network. That means a constant exchange on a technological level, with an enormous dynamism: How can I optimize this and that? If this continues to grow, I will have a problem in two years at the latest: How can I solve that problem?

As companies, we have both grown extremely fast, and basically, wherever DE-CIX goes, we want to go with them.

What has been Axians’ contribution to the development of the Internet and interconnection?

When it comes to the development of the Internet – and, as such, the end-user experience – our main customers in Germany are the big carriers, and we go through the carriers to the end customers. Through the carrier networks that we build – from corporate switching and optics, and on to security – we have managed to really build up the area of mobile communications with and for the large carriers, and roll out the networks across the board in Germany.

One of the biggest milestones in recent communications history has been 4G. We now have LTE almost everywhere in Germany, with a speed that enabled completely new applications. With every new technology comes the question: What can I do with it? We could already make calls, and initially, there were no new applications for 4G. But then the applications came – and it was our children who showed us what we needed it for.

"I could not have imagined that our children would actually use 100 Mbit DSL, but they sure do."

What do you think interconnection will look like in 25 years?

Probably we will be up to mobile standard 18G by then! I really have no idea what speed we will have, but we will have 100 percent coverage in Germany. I think it will definitely be a mix of different physical factors and options, from the landline and mobile networks, the radio network, whatever we still have. I don’t know whether we will still use copper, or whether we will have 100-Terabit ports – I cannot yet imagine an application that would need this speed, but there will be one, no question about it. I could not have imagined that our children would actually use 100 Mbit DSL, but they sure do. Whatever comes, the infrastructure will be there, and it will represent a huge economic factor, if not the main economic factor worldwide. Of that I am sure.