The Heart of the Internet

"Back in 1995, Frankfurt was already established as Germany’s telecommunications capital."

From an old post office to the world’s leading interconnection provider: 25 years after being founded, DE-CIX continues to grow worldwide. Without DE-CIX and its connected networks, the development of the Internet in Germany and worldwide would have been an entirely different story.

DE-CIX FRANKFURT: THE HEART OF THE GERMAN INTERNET 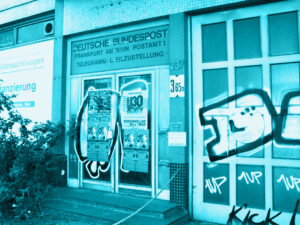 From Frankfurt to Madrid, Dubai, over New York to Kuala Lumpur: Since 1995, the development of DE-CIX has been a global success story. Its place of birth? A switch in an old post office in Frankfurt – so to speak the heart of the German Internet. In this very spot, 25 years ago, the interconnection of three Internet service providers MAZ (Hamburg), EUnet (Dortmund), and XLink (Karlsruhe) led to the foundation of DE-CIX. On the second floor of the post office, the founders met to drive global interconnection – without which today’s digitalization milestones would have never been achieved.

“In 1995, Frankfurt was already established as Germany’s telecommunications capital. The financial industry there, naturally, was and is very interested in fast information exchange. That is the reason why numerous carriers were already in Frankfurt back then. And fast information exchange was exactly what we could offer our customers," says co-founder Arnold Nipper, currently Chief Technology Evangelist at DE-CIX. This still holds true today, 25 years after DE-CIX was founded. 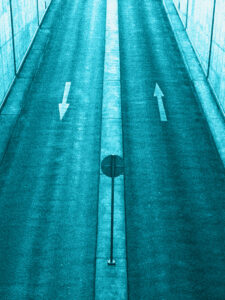 The groundbreaking mission of DE-CIX remains valid to this day: We make interconnection easy, anywhere. Until 1995, data streams between different German providers had to cross the Atlantic twice – even when sender and receiver were only a few kilometers apart. "Whether in 1995 or 2020: The basic systematics of peering have not changed," says Andreas Sturm, Chief Business Development Officer. "Internet service providers, network operators, content delivery networks, carriers, and companies exchange their data traffic in this cost-neutral way. They use our Internet Exchanges to transport data from one network to another and finally to the recipient via the fastest route." However, although the basic concept remains the same, the technical infrastructure has changed massively. Transfer speed is one example of change: "25 years ago, the standard connection at DE-CIX was a 10 Mbit/s line via Ethernet. Today, this has increased ten-thousand fold to 100 Gbit/s. If desired, even up to 400 Gbit/s is possible," says Wolfgang Tremmel, Head of the DE-CIX Academy.

"Peering has significantly influenced the development
of the Internet in Germany."

WITHOUT YOU, WE WOULD NOT BE WHERE WE ARE TODAY

One of the most important factors that has driven the development of DE-CIX over the last 25 years is the interconnection ecosystem emerges and grows around the DE-CIX Internet Exchanges. In 1999, the number of connected networks at DE-CIX had already grown so rapidly that the Cisco switch used at that time had to be moved out of the post office and into the Interxion data center on Hanauer Landstrasse, Frankfurt. Only two years later, a second switch with redundant fiber and electricity connection was installed there.

“It was a major relocation of over 450 customers during live operations – similar to an open-heart surgery.”

"At that time, Interxion was not a data center in the classic sense," says DE-CIX co-founder Harald Summa, who now heads DE-CIX as CEO. "But we got along well with each other right away and were able to get six carriers into the building within half a year. What has already become apparent here has determined our entire company history ever since: Without You – our partners, customers, employees, and other visionaries – we would not be where we are today". 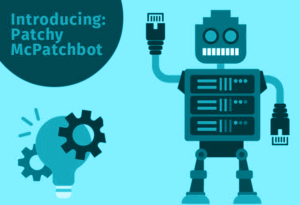 From 2000 onwards, the growth of DE-CIX continued. In 2003, a third site was opened in Frankfurt, another one three years later. In the following years, further Internet Exchanges followed in Hamburg, Munich, and Dusseldorf. This development has not lost momentum until today. "In 2018, we reached another milestone with our new site at the Kleyerstrasse campus in Frankfurt", reports Harald Summa. "It was a major relocation of over 450 customers during live operations – the technological equivalent of open-heart surgery." More than 15 kilometers of fiber optic cable were laid during the migration. Patchy McPatchbot, the world's first patch robot created and used by an Internet Exchange, turned out to be of great assistance: Patchy automatically takes care of provisioning ports for customers, and has been of great service since its inception. It has proven to be so successful that two more patch robots have been added to the DE-CIX team in the meantime. But even with the most modern technology: Without the skills and determination of the employees, accomplishing mammoth tasks like these would not have been possible. 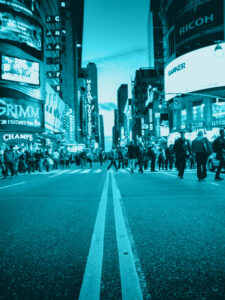 Parallel to continued expansion in Frankfurt and the establishment of further IXs in Germany, in 2012, DE-CIX opened the Internet Exchange UAE-IX in Dubai. This was the firing shot of the starting gun for a dynamic process of internationalization, which reached a further peak in 2015 with the establishment of DE-CIX New York. "We entered the US market highly motivated and passionate about our pioneering model," remembers Ivo A. Ivanov, CEO DE-CIX International. "For me, New York is pure energy – the whole region is bursting with innovative power. That is why we wanted to ensure that this market can also benefit from best-in-class interconnection services." This move was particularly successful – as can be seen in the 240 networks that are now connected there, making the Internet Exchange the fastest growing IX in the entire region. Meanwhile, DE-CIX maintains further Exchanges in the Middle East, India, and Malaysia, next to the IXs in Europe and North America – and continues to grow!

"Without outstanding interconnection, technologies like the Internet of Things or autonomous driving cannot be realized."

In Germany, DE-CIX currently handles a large portion of the peering traffic. A new world record was set at DE-CIX Frankfurt with a data throughput of more than 8.1 terabits per second in December 2019. "This record is not due to a single event," explains Chief Technology Officer Dr. Thomas King. "It is the logical consequence of the increase to more than 950 networks connected at DE-CIX, as well as the fact that in the winter season, more people use digital services such as streaming services. Milestones like the 8.1 Tbit/s in December would not be possible without this content."

MINIMAL LATENCIES ARE PAVING THE WAY FOR THE FUTURE

Due to the ongoing transformation in digital enterprises, the shift of data and computing processes to the cloud, streaming in increasing resolutions, and new fields of technology such as 5G, artificial intelligence or the Internet of Things, data traffic is currently increasing at an astonishing rate. "Without outstanding interconnection, technologies like the Internet of Things or autonomous driving cannot be realized. Our infrastructure enables us to distribute loads at peaks, minimize the risk of downtimes, reduce latencies, and help our customers to scale their business models," says Andreas Sturm. Minimal latencies are particularly important for future technologies. "It's less about volume than about quality. The closer you are to the client physically, the shorter the data packet runtimes." That is why DE-CIX is increasingly present in Germany and beyond – be it through company-own facilities or partnerships, e.g. in Berlin and Moscow. At the same time, the reach of the individual Internet Exchanges is expanding – not only in Germany, but also on a global level.

THE HUMAN BEING AT THE HEART OF THE INTERNET 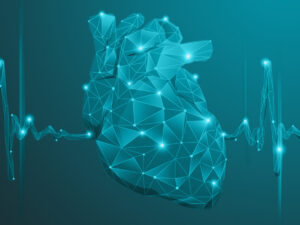 "Our goal is to further improve the Internet ecosystem and facilitate access to it," emphasizes Ivo A. Ivanov. "Our motto Where networks meet can be translated into the motto Where people meet. Why? Because our work is always about communication and people." For all the technical excellence, one thing is certain: Without the billions of users of the Internet and all the players who make the Internet possible in all its varieties, the heart of the Internet would be different. Certainly, it would not have its current potential to connect people, make information accessible, and enable new technologies. Without You, the Internet would not be what it is today.