The story of... why Frankfurt

“I have the chance to share the knowledge I’ve acquired over the last twenty years.”

Wolfgang Tremmel, Head of DE-CIX Academy, has been with DE-CIX since 2006 and has worked with DE-CIX since 1995. In the DE-CIX Academy, he focuses on sharing knowledge on peering, network interconnection, and related topics. In this interview, he gives an insight into the work that goes into developing the Academy’s workshops and webinars, and takes us back to the “birth” of DE-CIX 25 years ago and why the decision was made to found the Internet Exchange in Frankfurt.

Wolfgang, what are your main daily tasks?

After over 10 years of being responsible for customer service, I’m now the Head of the DE-CIX Academy. In this role, I have the chance to share the knowledge I’ve acquired over the last twenty years and I do this in workshops, trainings, and webinars. My daily work involves writing papers, developing webinars and seminar modules to teach customers, prospects, and other interested parties about peering, network interconnection, and related topics. It’s more intensive than you’d think; it can take up to four weeks to develop a one-hour module for a seminar or webinar. This involves coming up with the concept for the lab; the practical work. I have to write the documentation for the lab and do numerous test runs to make sure it all works on the day. So most of my time goes into creating materials for and preparing trainings. This also means keeping up to date with the newest developments in my field; so reading papers, going to conferences and so on. 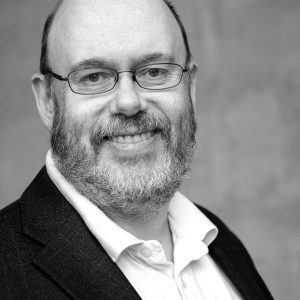 What’s great about working at DE-CIX is the freedom to build something; first the Customer Service department, now the DE-CIX Academy. As Head of the Academy, I’m given the freedom ­ – and the responsibility – to decide how I spend my time and budget in creating a meaningful and successful training program for our customers. I get to decide myself how to further my knowledge and whether I attend e.g. a RIPE conference or international meetings. I think that kind of networking is really important. If you know someone from a conference and you need to solve a technical problem, it’s so much easier and faster to be able to pick up the phone and call them. Then the problem is often sorted in 5 minutes, rather than in 5 hours going though customer support.

“What I am most proud of since joining DE-CIX in 2006? Building the customer service department from scratch!”

Which were your favorite milestones in the development / history of DE-CIX?

What I’m most proud of since joining DE-CIX in 2006 is having basically built the customer service department at DE-CIX from scratch; building all of the processes and procedures for customer support. I’m proud when I see those processes still in place today, even though I’m no longer involved. It’s also great to see people I hired while in that position doing well here at DE-CIX or at other companies.

Establishing and growing the DE-CIX Academy is definitely one of the other highlights. This I also got to build from scratch; I’ve done all of the conception, planning, and execution, of our training program and all of our training material.

I had always played around with electronics and wanted to be an engineer. I started writing software in school already; software for evaluating sports events in the state of Rhineland-Palatinate. This allowed me to use the school computer! My first own computer was an Apple 2. In 1995, I had a Linux box running, Linux 0.98. I’ve always been a big fan of Linux. I wrote my Master’s thesis on a Linux using the same software I’m now using again today to write documentation: LaTeX. A nice circle!

When I was still a student, I connected to the Internet using a modem. Once I had my first job, I treated myself to an ISDN telephone line at home, with a fantastic 64kb/s dialup connection to Xlink, my employer at the time. I only had to pay for phone line, not the Internet connection. Mainly I used it for email, chatting over IRC, getting software, reading the news, and ordering things online. It’s not unlike how I still use the Internet today. Today I consume way more media online and use it for my photography work, otherwise it hasn’t changed much.

Think back to 1995 – what was your life like in the year DE-CIX was founded?

In 1995, I was 31 and one year into my first job, working for XLink in Karlsruhe as a network engineer. XLink was the first commercial Internet provider in Germany. While studying Computer Science at the University of Karlsruhe, I worked as a student assistant for Michael Rotert (now honorary president of eco ­– Association of the Internet Industry) in the Technical Infrastructure Department.
He called me at my parents’ Christmas 1993 asking if I could start a new job on 2 January. I had left the university shortly before that to work for XLink. I ended up starting at XLink as a student while finishing my studies and then joined them as a network engineer once I got my Diploma.
My first boss was Arnold Nipper, one of the later founders of DE-CIX. In that job, I started as a systems administrator and was soon handed about two meters of documentation and had to teach myself to administer Cisco routers on the fly. That’s how I got into networks.

A lot of the traffic between these providers went through Amsterdam or through an uplink to the USA. At the time, there was a new European backbone provider in Munich; Ebone, and the first Internet Exchange in Germany, INXS in Munich.

We put our heads together and thought about where can you get the cheapest circuits to in Germany. This turned out to be Frankfurt am Main in the mid-west of Germany. Why Frankfurt? Deutsche Telekom had all of its international business in Frankfurt, so it was the cheapest place to place international circuits. We rented a rack at a Deutsche Telekom back-office location and put in a switch, a 10 mb switch, and agreed that everyone would connect their own router to that switch. So, one day I got in my car, drove to Frankfurt with the router, put the router in the rack, and cabled it. Someone in the back office in Karlsruhe cabled it and then, just like that, we were connected to DE-CIX. And that was the start.

There will only be robots… no, not really. But there is really an issue with the erosion of knowledge. When I started out as a network engineer, you had to have quite a broad spectrum of knowledge and a range of skills to do your job. You had to know how to write code, write software, use a screwdriver and soldering iron and make connections, how to put stuff in a rack and do the cabling. Nowadays, you might have a systems engineer who says they don’t need to be able to write code to do their job. People have become more and more specialized and no longer see the big picture. I think that is problematic. It’s good to be a specialist, but it’s important to know more about other related technical fields. This is not just a German thing, it’s an international trend.