The 5 key ingredients for DE-CIX’s success

A recipe by Arnold Nipper 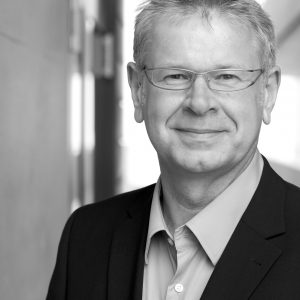 As every budding bread baker knows, the combination of right ingredients and the right environment is what leads to success – that, and the patience to allow time for growth. The same recipe also applied for DE-CIX, as Arnold Nipper, Chief Technology Evangelist and Co-Founder, recalls.

One of the key ingredients why DE-CIX started to be successful is that Frankfurt is geographically located at the most eastern part of the western world, and the most western part of the eastern world. When we look back at how the Internet grew, it first started in the US and then made its way over to Europe. It first went to London, and then to Amsterdam, and from Amsterdam, it continued on to Frankfurt. It went further and further to the east.

"This was something new to the standard community approach."

The American networks were, of course, a big driver for the spread of the Internet. They wanted to do business in Europe, and with the Iron Curtain coming down in 1989, they were also interested in doing business in Eastern Europe. And so in 1995, Frankfurt – being at the gateway between east and west – was in the right place at the right time to connect these markets.

The second component which helps to explain why DE-CIX is successful is that very early on, we realized that an Internet Exchange has to be driven by a commercial company. At that time, most – if not all – of the Internet Exchanges in Europe were more or less a community effort. But we realized that we needed to act like a commercial company. As a result, in 2006 we hired Frank Orlowski to do sales and marketing. It was Frank who went to the East European networks, together with Ivo Ivanov, and did business development. This was something new to the standard community approach.

But we took this step it for very good reasons. Our customers – it was at this point that we started to call them customers – mostly needed a reliable service, and you can only guarantee a reliable service if you behave like a professional company. This has had an impact on how we presented ourselves to our customers, and also how the technical division operated.

The third ingredient in the mix really is that Harald Summa and I were at DE-CIX from the very beginning, and we still are. That means we had continuity in the management and the vision.

I would describe the fourth component using the Latin proverb “quidquid agis prudenter agas et respice finem” (Whatever you do, do it wisely, and consider the result). This means we never did fancy things just for the sake of it. What we did was well thought-through, with a clear strategy of what we wanted to achieve.

"We made the decision to start expanding our presence by building international Internet Exchanges."

5. Stick to what you’re good at

In 2012, we sat together to consider what we could do to broaden our services. We had already tried to introduce new services, and whenever we did, there was at least one customer that complained that it would impact their business model if we did. The upshot was that we understood that the thing we can do really well is run Internet Exchanges, but we were restricted in our further growth by the fact that a country like Germany would only need 5 – 10 such exchanges. As a result, we made the decision to start expanding our presence by building international Internet Exchanges, starting with Dubai.

And the rest is history. The combination of these five ingredients really is what set the course for DE-CIX’s sustained success.