A part of DE-CIX’s growth

“My colleagues and I support our network and platform at DE-CIX. We keep the networks live!”

Fatma joined DE-CIX as a Network Operations Engineer in July 2019. She is responsible for keeping the networks live, troubleshooting any issues and continually improving the networks for DE-CIX’s customers. She moved from Turkey to Germany to join DE-CIX so she could be part of the IX’s international growth and work in a friendly environment that is open to new ideas.

Fatma, what are your main daily tasks?

First thing in the morning, I check my monitoring screen to see if there are any issues with the network. After doing any troubleshooting required, we work on how to improve our sites. What can we do to make things better for our customers? I love working on the technical issues, particularly trouble-shooting and keeping up with the latest technology.

What did you do before starting at DE-CIX?

Before starting at DE-CIX last year, I worked first for Nokia for three years as an IP/NLS Senior Technical Engineer and over two years at Turkcell as a project manager.

"I wanted to change to an IXP. I wanted to be part of DE-CIX’s growth."

What brought you to DE-CIX? 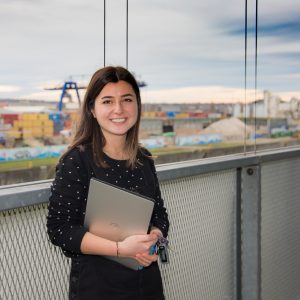 I moved from Turkey to Germany to start at DE-CIX last July. I had already known a few people at DE-CIX from my time at Nokia when DE-CIX was our customer. While I worked on the vendor side, an ISP, I wanted to change to an IXP. I wanted to be part of DE-CIX’s growth. After getting to know Frankfurt when I came here for the interview, I decided I like the city. People at DE-CIX are really friendly and open to new ideas. I guess that is why DE-CIX is getting bigger year by year. In the last few years, DE-CIX has gone international, expanded beyond Europe. It’s in Istanbul, in Dubai, in the USA. It’s known far beyond Europe.

When DE-CIX was founded in 1995, I was just 3 years old. Actually, it was also the year I remember watching one of my uncles, who was studying to be a computer engineer, doing programming work on his computer. It was a device that was different to the television, to newspapers. Right then I knew I wanted to do something with computers. When I was six years old, I already told people I wanted to be a computer engineer. And now I’m an electronics and network engineer, working at the heart of the Internet.

Did you have a computer at home growing up?

We had a computer at home when I was growing up and I was allowed to use it for one hour a day from around 5 or 6 years old, just not on Sundays. SIMS was my favorite game. Half of that hour was often spent trying to connect to the Internet (and my parents didn’t give me any extra time in lieu)! I also remember the Internet connection being lost when a phone call came in and being kicked out of a game I was in the middle of. So frustrating! 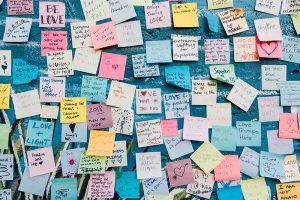 What – for you – are the Internet’s key moments; the highlights, the peaks, the milestones etc.?

What I like about the Internet is that it is uncontrollable. So, newspapers etc. are under someone’s control. On the Internet, nobody can control what you are doing. You can contact whomever whenever you want, e.g. on Twitter, where anyone can share their thoughts and decisions.

Everything will be in the cloud in 25 years, we’ll have no physical devices.